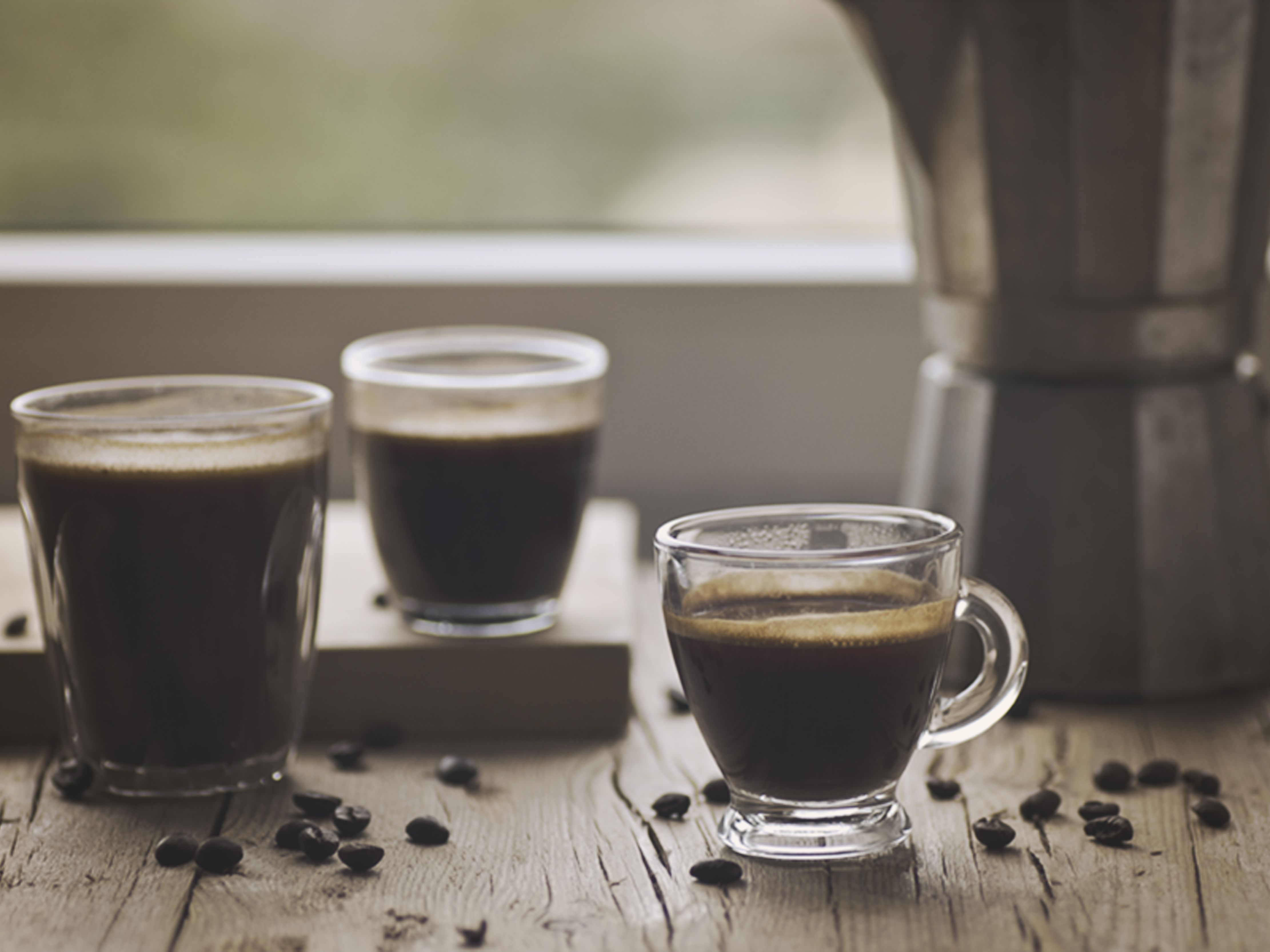 Suppose you’re wondering, “Will coffee help with constipation?” read on. Current studies indicate that coffee can help relieve constipation. But does regular coffee cause poop? How about decaf coffee? And what is the best coffee for constipation? Read on to learn more about this controversial topic. Also, read about the benefits of drinking coffee to avoid constipation. Here are some tips to help you make the most informed decision.

Current studies show the laxative effect of coffee on constipation.

According to the American Chemical Society, coffee’s laxative effect on the bowel is partly due to caffeine, but it is not the sole cause. Decaffeinated coffee has the same or more substantial impact on the bowel, because of the overall digestive consequences of coffee. Excessive consumption of caffeinated beverages can also lead to loose stools or diarrhea. caffeine is an appetite stimulant that causes bile production, which may also contribute to coffee’s laxative effect.

A current study suggests that coffee can relieve constipation and maybe a preventative measure against colon cancer. Taking up to four cups of coffee per day will have minimal effects, but higher doses can cause dependency and other adverse health effects. While other beverages contain caffeine, they do not have the same laxative effect. The best way to avoid coffee’s constipation effects is to drink it at room temperature, not when it is hot.

Consuming coffee triggers the gastrocolic reflex, a natural mechanism of the digestive system. It increases colon motility and pushes old food out of the intestines to make room for new foods. Gastrin is a hormone that regulates this reaction. Coffee triggers this reflex, causing increased contractions of the rectum and colon. However, the effect is only temporary, and the benefits can last for up to a week. 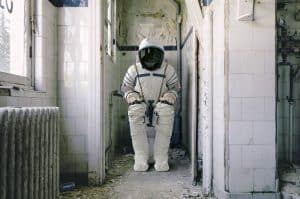 In one study, researchers measured the contraction of intestinal muscle cells before and after drinking coffee. Coffee drinkers experienced an increase in colon activity about four minutes after sipping the beverage. Non-responders, on the other hand, did not show any change. The results were reported in a gastroenterology journal, Gut. So, it is still unclear which of these compounds causes coffee’s laxative effect.

Interestingly, coffee’s laxative effect is helpful in some cases. Some people have impaired bowel function after abdominal surgeries. This may cause gas, bloating, or indigestion. Drinking coffee to patients after these procedures may be beneficial for these individuals. One such analysis published in 2020 analyzed seven clinical trials and found that coffee drinking allowed them to tolerate solid foods and reduce the time before their first bowel movement.

The laxative effect of coffee may not be so strong for people with lactose intolerance. This condition occurs when the body does not produce the enzymes necessary to break down lactose, a sugar found in milk. The result is uncomfortable diarrhea or abdominal pain. Fortunately, there are some ways to make coffee more enjoyable while avoiding the side effects. You can drink sugar-free coffee if you don’t have lactose intolerance.

Does decaf coffee make you poop?

One of the most common complaints that caffeine causes are irritable bowel syndrome. A malfunction in the large intestine often causes this problem. decaf coffee can help improve the flow of stools by increasing the production of Gastrin. This substance triggers the release of hydrochloric acid and digestive enzymes, which are crucial to proper bowel movement. The consumption of decaf coffee can also help alleviate the symptoms of irritable bowel syndrome, which is caused by a problem in the colon. It can also cause diarrhea.

Drinking decaf coffee is a great way to avoid the bitter taste of regular coffee. It is less sweet than its traditional counterpart, and it has a mellower aroma. But the absence of caffeine essentially negates the whole purpose of drinking coffee, making it less appealing for some people. But decaf coffee still contains some caffeine because extracting it is not so thorough that it removes all of the natural ingredients.

caffeine is why coffee causes a stomach contraction and increases colon motility. This increases the contractions of the colon and pushes the old food out of the body. It also increases the production of Gastrin, which leads to a spasm in the stomach. This can cause a constipation symptom in a person. Nevertheless, the coffee may be worth trying if you’re suffering constipation.

One study conducted in 1990 found that both caffeinated and decaf coffee increased colonic activity. However, the caffeine content in decaf coffee did not cause an increase in colonic activity. However, Decaffeinated coffee may still cause constipation symptoms. In some people, caffeine can cause diarrhea. caffeine can also have a stimulating effect on the digestive tract and induce bile secretion.

Coffee’s acid content can cause constipation. Some studies found that caffeine is the culprit behind constipation. Coffee has a higher concentration of chlorogenic acid, which triggers a rise in gastric acid. This bump stimulates the bowel, pushing the contents out faster than they would with regular coffee. Although this may not be the case, this caffeine content can trigger a bowel contraction.

Coffee helps digestion, but the acid content may not cure constipation. If you drink coffee regularly, it may cause bowel contractions and exacerbate underlying gastrointestinal problems. Chronic constipation may be a symptom of hypothyroidism or another medical condition. Additionally, coffee can worsen irritable bowel syndrome, Crohn’s disease, or ulcerative colitis. Therefore, decaf coffee may be beneficial for your gut.

Does regular coffee make you poop?

The answer to the question is, Does regular coffee help constipation or make me poop? It May surprise you. There are many theories as to why drinking coffee makes you poop, and some people are sensitive to coffee’s acidity and dairy content. However, a gastroenterologist at Massachusetts General Hospital says that drinking coffee can make you poop. Despite the mixed results, some people say it helps them feel regular.

Several research studies have shown that drinking coffee has a laxative effect. The caffeine in coffee causes the colon to stimulate colon muscle activity, stimulating bowel movement. However, it is not a diuretic. It doesn’t help you relieve constipation, but it can promote bowel movements. So, if you’re constipated, try adding a cup of coffee to your daily routine.

Coffee may help with constipation because it stimulates the intestines and increases their motility. However, it can also block bowel movements in sensitive individuals and cause diarrhea. It can also cause dehydration in sensitive people. This happens when your body absorbs water from food waste. As a result, you might experience hard stools. However, coffee is a good choice for those suffering from constipation.

Coffee is a good source of fiber, which can help your bowels move more quickly. It prevents hard stools by bulking up the seat. Fiber-rich foods are rich in fiber types, but soluble fiber breaks down to short-chain fatty acids, and insoluble fiber holds water. Prunes, for example, contain both types of fiber, and they improve bowel movements by 15%. And coffee may help you get rid of constipation because of its ability to increase water intake and stimulate digestive enzymes.

While coffee contains sugar, it is also a diuretic, which aids in the excretion of excess salt and water. caffeine, however, can dehydrate you and cause a back-up of your bowels. Some studies suggest that it may increase bowel movements in lactose-intolerant people, but these studies are limited. It would help if you considered drinking healthier coffee instead.