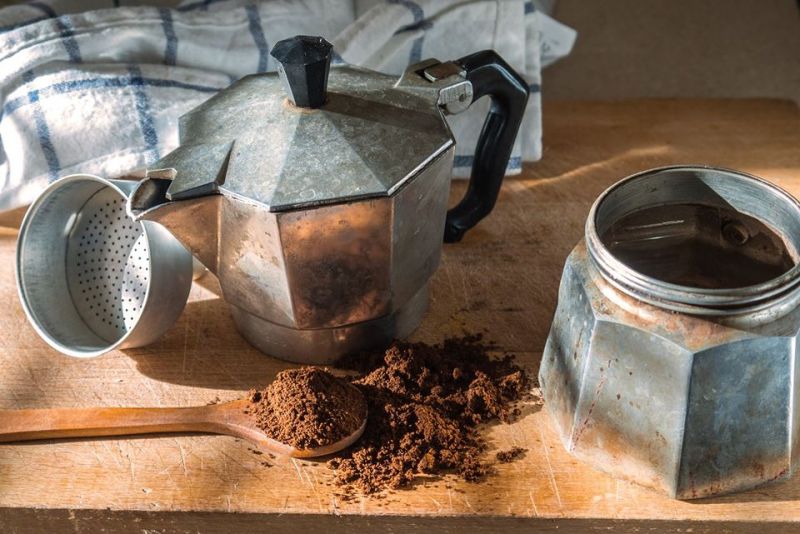 You may be wondering who is responsible for the coffee invention. It could have been Gabriel Mathieu de Clieu, Sheik Omar, or even a Monk. The answer to this question is somewhat complex. However, one important common denominator: it all started in Ethiopia. The Oromo, who lived in the Kaffa region of Ethiopia, noticed the energizing qualities of their native coffee plant. In addition, they often trekked for days without feeling hungry. In addition, they were observed by a legendary Ethiopian Sufi goatherd, Kaldi, to be enthusiastic about the coffee plant after eating the beans.

In 1777, a young French Naval officer named Gabriel Mathieu de Clieu introduced coffee to the Caribbean and the New World. Although his exact birth date is unknown, he was born in Anglequeville-Sur-Saane, Normandy. He soon joined the navy and was stationed on the Caribbean island of Martinique. He was aware of the Dutch coffee trade and wanted to bring it to the French colony. He decided to get coffee production to the island in the name of France.

In 1714, the Mayor of Amsterdam gifted a young coffee plant to King Louis XIV of France, which the king planted in the Royal Botanical Garden in Paris. In 1723, Gabriel Mathieu de Clieu obtained a coffee seedling. He cultivated it while on duty, sharing rations of water with it. After a brief time, he planted it in Martinique, where it thrived.

The origin of coffee can be traced back to the mountains of Yemen. It is a variety of coffee known as mocha, Moka, and Mocca. These varieties have been grown in the mountains of Yemen for centuries. The story of the creation of coffee is an ancient one, preserved in the Abd-Al-Kadir manuscript. The manuscript tells the story of a Sufi named Sheik Omar who was condemned to die in the desert and found a shrub with red berries.

Omar was a disciple of a Sufi mystic named Sheikh al-Shadhili, a physician who cured the sick with prayer. He boiled shrubbery berries during one of his exiles and gave them to his followers and patients. After drinking this drink, he felt well again and was invited back to Mocha, where he was later made a saint.

The coffee we drink today is a product that monks have perfected. The earliest known coffee recipe was developed by a monk who heard a story of a shepherd who had a flock of sleepy goats. The monk decided to find the source of the goats’ cries and boiled the berries in water to make coffee. Eventually, monks found that drinking coffee helped them stay awake and avoid nodding off during their prayers.

This brew was not well received in the monastery, and a monk was forced to toss them into a fire. While roasting the coffee beans, they noticed the delicious aroma and taste of the new brew. The monk crushed the coffee beans to extinguish the embers. He threw them into a fire and saw that they produced a pleasing aroma. After a few months, they could consume these beans and develop the first coffee.

Kaldi’s coffee invention story is one of the most popular origin stories about coffee. It is believed that the coffee tree was first discovered by an Ethiopian goatherd around 850 AD. Kaldi noticed that his goats would jump and chew on red berries from the coffee bush. He decided to try them himself and brought them to an Islamic monk at a nearby Sufi monastery. The monk roasted the berries and then ground them up. Once roasted, he mixed the resulting coffee powder with water and made the world’s first cup of coffee.

The monks didn’t welcome Kaldi’s first batch of coffee beans, so they decided to roast them. Once the beans had been burned, monks noticed that the smell of roasted coffee was uplifting and chose to drink it every day. Kaldi’s wife encouraged him to do so, but he was not received well at the monastery. Many monks were skeptical of his newfound coffee invention, referring to it as “the Devil’s Work.” Despite this, the monks brewed Kaldi’s beans and noticed the aroma.

If you’re a lover of coffee, you’ll know about Luigi Bezzera’s revolutionary espresso machine. In 1884, he combined his love of steam and coffee to invent an easier way to brew one cup of coffee. Although the name espresso means “pressed coffee,” it was also a way to describe the speed at which it can be made. As the first espresso machine, this invention revolutionized how coffee was made.

Bezzera derived inspiration for the espresso machine from a Milanese mechanic. His coffee machine was better than his predecessors, with a boiler and four groups of filters. The device was sold to Desiderio Pavoni, who began manufacturing the machines in 1905. In New York, his invention was installed at Reggio’s, where the first espresso machine in the country was produced.

The origin of Pavoni’s coffee invention is obscure but essential. A professional photographer and a coffee lover, Desiderio Pavoni, changed the body of a steam tap to make a better cup of coffee. This machine became famous for its coffee machines. The steam pipe, inserted into a container to hold espresso beans, is designed to be easy to remove and insert.

The modern espresso machine was shaped by Pavoni and Luigi Bezzera, who both created similar devices. Originally utilitarian, Bezzera’s single-shot espresso machine incorporated a portafilter and a steam wand. After the Milan Fair, similar machines began to appear throughout the country. The inventions of Pavoni and Bezerra changed the coffee-making industry forever.

In Ethiopia, a story tells of a goat herder named Kaldi who was worried that his goats were dying from an unknown plant. Kaldi spent hours gathering the goats and taking them home. He then ate the berries and felt renewed energy. The story is a classic example of an enchanting tale. Read Kaldi’s story to discover the story behind coffee. Here’s what he found.

Although Kaldi’s story is an ancient legend, there are some differences between Ethiopian and Yemeni accounts. Ethiopians believe that coffee originated in 850 BC, while Yemeni reports point to a much earlier date. Yemeni historians do agree that the legend of Kaldi is the most popular version of coffee history. Ethiopians also tell that coffee cultivation began in the ninth century. But it is not entirely clear which version is valid.

When Moriondo was thirteen, she started posting stripped-down ukulele covers on YouTube, where she has since gained a massive following. Her YouTube account has over three million subscribers, and her newest album, Blood Bunny, debuted at number three on the Billboard Hot 100 last year. She’s now working on her first “big kid” album, which will include full-band pop songs. She hopes to make more appearances on TV shortly.

The earliest known espresso machine was invented by an Italian inventor named Angelo Moriondo, a resident of Turin. Luigi Bezzera, another Italian inventor, patented the first coffee machine to use steam. Moriondo did not take his invention into industrial production, opting instead to make hand-built versions and perform them at events. However, his machine was eventually a big hit with fans.

The earliest known references to coffee come from a Saudi monk named Kaldi. The monk had observed goats and was fascinated by their dancing. He soon discovered that red berries were filled with energy and could stay awake for long periods during evening prayers. Kaldi’s discovery eventually spread to the Arabian Peninsula, and the first known written documentation of coffee dates from 1000AD.

In addition to the legendary goat, Kaldi has also developed a unique name for his coffee. This name comes from an old Ethiopian legend dating back to the 6th century. Kaldi noticed that his goats suddenly became energetic, and he took a sample. He realized that he was drinking a drink that contained berries grown in his Garden. Soon, Kaldi’s coffee spread throughout the world.

In 1901, Italian engineer Luigi Bezzera invented the steam coffee machine. This machine forced steam through ground coffee instead of letting it boil. As a result, the brewing process was shortened from four minutes to thirty seconds. Later, Pavoni added the pressure-release valve and the steam wand to the Bezzera machine. Ultimately, this invention became the basis for the modern coffee maker. Today, most coffee machines use similar principles.

Luigi Bezzera based his invention on Moriondo’s espresso machine. The mechanic improved the coffee machine. It included four groups of filters and a boiler. In 1903, Desiderio Pavoni bought the patent for Bezzera’s device and began producing the coffee maker. In 1905, he founded the La Pavoni company. The first coffee machine was sold in the United States a year later.