Does Coffee Cause Headaches? 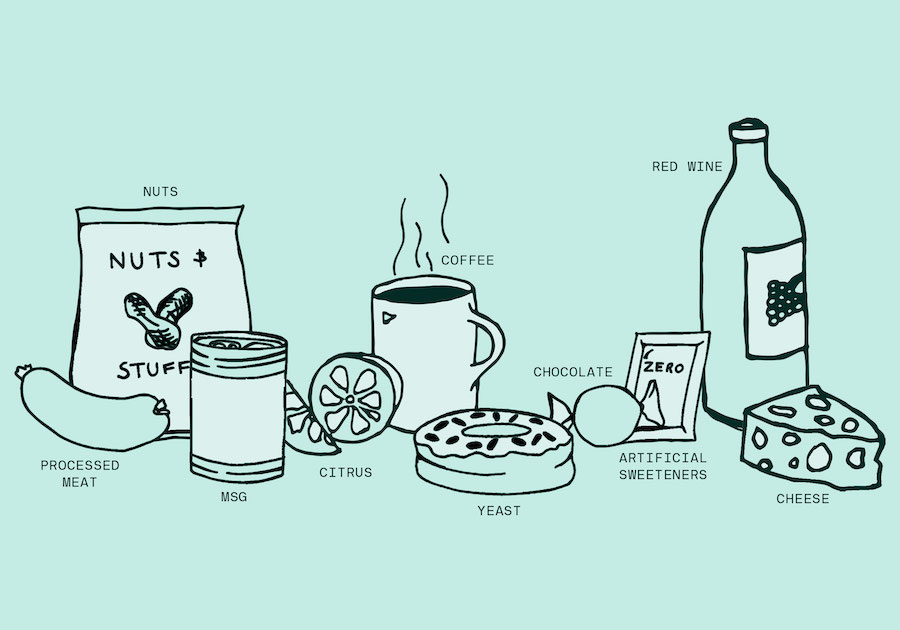 Although it isn’t entirely clear whether coffee can cause headaches, there is some evidence that caffeine causes blood vessels to constrict, leading to a headache. According to the American Academy of Neurology, one or two servings of caffeinated beverages a day aren’t associated with increased risks of migraines. One serving of caffeinated drinks is eight ounces of coffee, six ounces of tea, a 12-ounce can of soda, or a two-ounce energy drink.

Although caffeine is beneficial for the heart, it also makes the blood vessels smaller and may contribute to headaches. However, this isn’t the only problem with caffeine. It can also contribute to other unpleasant symptoms such as fatigue, low energy, irritability, and headaches. Try OTC pain relievers, an ice pack, or acupressure to treat your caffeine headache. If none of these methods works, you should drink caffeinated beverages.

Chronic caffeine consumption alters the size of blood vessels and the number of adenosine receptors, which affects the brain’s ability to detect pain. It also decreases a person’s pain threshold by reducing their tolerance. Additionally, it increases sensitivity in the nervous system. Because the brain is surrounded by blood vessels, expanding blood vessels press against the membrane around the brain, causing pain and migraines.

Another substance that affects the brain is adenosine, which inhibits the transmission of nerve cells and can cause migraines. adenosine is naturally present in the brain and is responsible for various processes such as sleep and movement. caffeine blocks adenosine receptors, preventing the blood vessels from expanding during a migraine attack. As a result, caffeine can help reduce pain and improve the effectiveness of analgesic drugs.

The effects of caffeine can cause dehydration and withdrawal from it. Taking too much caffeine too often can lead to rebound headaches. As with any medication, caffeine increases the risk of dehydration. caffeine is an excellent stimulant but should be avoided when suffering from headaches. And as with any drug, it can have serious side effects. caffeine has been linked to various types of headaches.

The first step in determining whether caffeine causes headaches is to figure out what triggers them in the first place. It may surprise you that caffeine is present in most drinks and food. Even decaf coffee contains some caffeine. When you quit drinking coffee, you will develop caffeine withdrawal, which can cause headaches. If you are a regular drinker of caffeine, the first step in eliminating caffeine is to determine if the cause of your headache is related to coffee, diet, or any other food.

The primary mechanism of caffeine addiction is the same as a common cold or flu. When a person drinks too much coffee, blood vessels in the brain become constrictive, and when these vessels dilate, the blood flow to the head increases. The change in blood flow can trigger a headache. caffeine and headaches are often linked, but only if you’re sensitive to caffeine. caffeine is a mild stimulant, but people sensitive to caffeine can have a greater risk of headaches.

Another way to determine whether caffeine is responsible for your headache is to assess how much you drink each day. In a study of 105 children with chronic headaches, 36 children consumed at least 1.5 liters of caffeinated cola drinks each day. This is equivalent to the amount of caffeine found in about one cup of coffee. Some of these children drank as much as 21 liters (710 oz.) of caffeinated cola daily.

Although caffeine is not a good solution for headaches, it is used as a pain reliever. Studies show that caffeine makes pain relievers more effective by up to 40%. However, this is only one of the many reasons it can cause headaches. And caffeine causes withdrawal headaches if consumed in excess. In addition to causing withdrawal symptoms, caffeine can also cause a paradoxical reaction; a condition called a “rebound effect.”

One of the first things you may want to do if you have frequent headaches reduces your caffeine intake. caffeine is a critical ingredient in many over-the-counter pain relievers. But how can you tell if coffee is causing your headache? It might be as simple as drinking decaf coffee. And there’s a good reason for this: coffee has caffeine. If you are sensitive to caffeine, it can lead to headaches.

One study published in 2017 found a link between drinking decaf coffee and lower mortality risk. This relationship was most vital in people who drink two to four cups a day. decaf coffee also contains less caffeine. The FDA recommends that adults limit their caffeine intake to 400 mg or less, while pregnant women should consult with a doctor to determine the safe level of caffeine. In addition, decaffeinated coffee does not have as many of the other antioxidants found in full-strength coffees.

In addition to reducing the incidence of headaches, decaffeinated coffee can also lower your risk of dehydration and caffeine withdrawal, two of the most common causes of migraine. Because decaffeinated coffee has 97.5 percent less caffeine than its full-strength counterpart, it’s a good choice as part of a healthy diet. Lim your caffeine intake to a reasonable amount if you have a chronic condition or are on the verge of a migraine.

Coffee can lead to a caffeine withdrawal headache. caffeine constricts the blood vessels in the brain, so when you stop drinking coffee, a rush of blood will reach the brain. Most caffeine withdrawal headaches go away over time once your body gets used to the increased blood flow. In the meantime, you can take over-the-counter pain relievers to reduce the intensity of the headache. However, people may experience flu-like symptoms like nausea or a queasy feeling. In severe cases, this can even lead to vomiting.

Although these symptoms are similar to migraine, they can occur alone. Unlike migraine, caffeine withdrawal headaches are more pronounced and often accompany other adverse effects. You’ll also experience feelings of drowsiness or nausea, which is often confused with a flu-like symptom. You may also be feeling depressed, irritable, or anxious. But don’t worry, because this is temporary and will pass soon enough.

Try tapering down gradually if you’re not ready to give up coffee altogether. It might take a week, but you can go utterly caffeine-free if you have the stamina and the willpower to do it. To help minimize caffeine withdrawal headaches, you should gradually cut back your caffeine intake. Try to reduce it by 25 percent each week. Then, you can try switching to decaf coffee if you still feel the need.

In addition to the withdrawal symptoms, you might feel tired, exhausted, and have difficulty concentrating. This is not unusual, as your brain gets used to increased blood flow. However, it can be pretty painful, especially when you’re not used to it. This is why you’re not able to function normally for a while. However, caffeine withdrawal headaches will subside once you’ve adjusted to the increased blood flow.

Almost everyone drinks coffee at some point in their lives. You probably started as a coffee addict and had many headaches. Perhaps you tried to cut down on your caffeine intake, and suddenly you started suffering from migraines. It may not be the caffeine itself causing the headache but the caffeine you’re consuming. It could be that you’ve adapted your brain to the caffeine and are now experiencing a headache after drinking coffee or a cup of tea. Whether you have a history of migraines or are a coffee drinker for the first time, the headaches may be caused by your body’s response to caffeine.

If you’re prone to caffeine headaches, it’s worth taking your caffeine intake more slowly. caffeine dehydrates the body, which can increase the chances of a headache. It also constricts blood vessels in the brain, which may cause headaches. Drinking coffee too often, taking it too often, or having a caffeine allergy can also cause headaches. caffeine can also intensify a primary headache.

While coffee can give you a boost, the withdrawal effects can be frustrating. caffeine headaches can be triggered by several things, including a high-caffeine diet, a decaf coffee diet, or a lack of water. caffeine withdrawal symptoms are also common, so tracking how much you drink is essential. It’s best to stick to four 8-ounce cups of coffee per day, as the FDA recommends.

While you may notice the effects of withdrawal from the caffeine in the first few hours after stopping drinking coffee, you should be able to manage them. Withdrawal headaches generally go away in about a week, but they aren’t pleasant. They can cause extreme fatigue, frustration, and irritability. If you can manage to stay off caffeine, you won’t be experiencing any withdrawal symptoms at all.